Jersey Post is to issue a set of six stamps, a miniature sheet and souvenir sheetlet on 20 January featuring visiting commercial aircraft in Jersey. The issue has been illustrated by aviation artist Toby Dixon, a former Aurigny and EasyJet pilot.

Throughout history, Jersey has seen many types of aircraft visit the Island for commercial purposes. Before 1937, air services to Jersey consisted of biplane aircraft landing on the beach at St. Aubin’s Bay and with some seaplanes landing in the bay itself.

In 1937 Jersey airport opened in the parish of St. Peter with four grass runways. During the Second World War, concrete taxiways were added by the German occupying forces and since then has several times been lengthened. 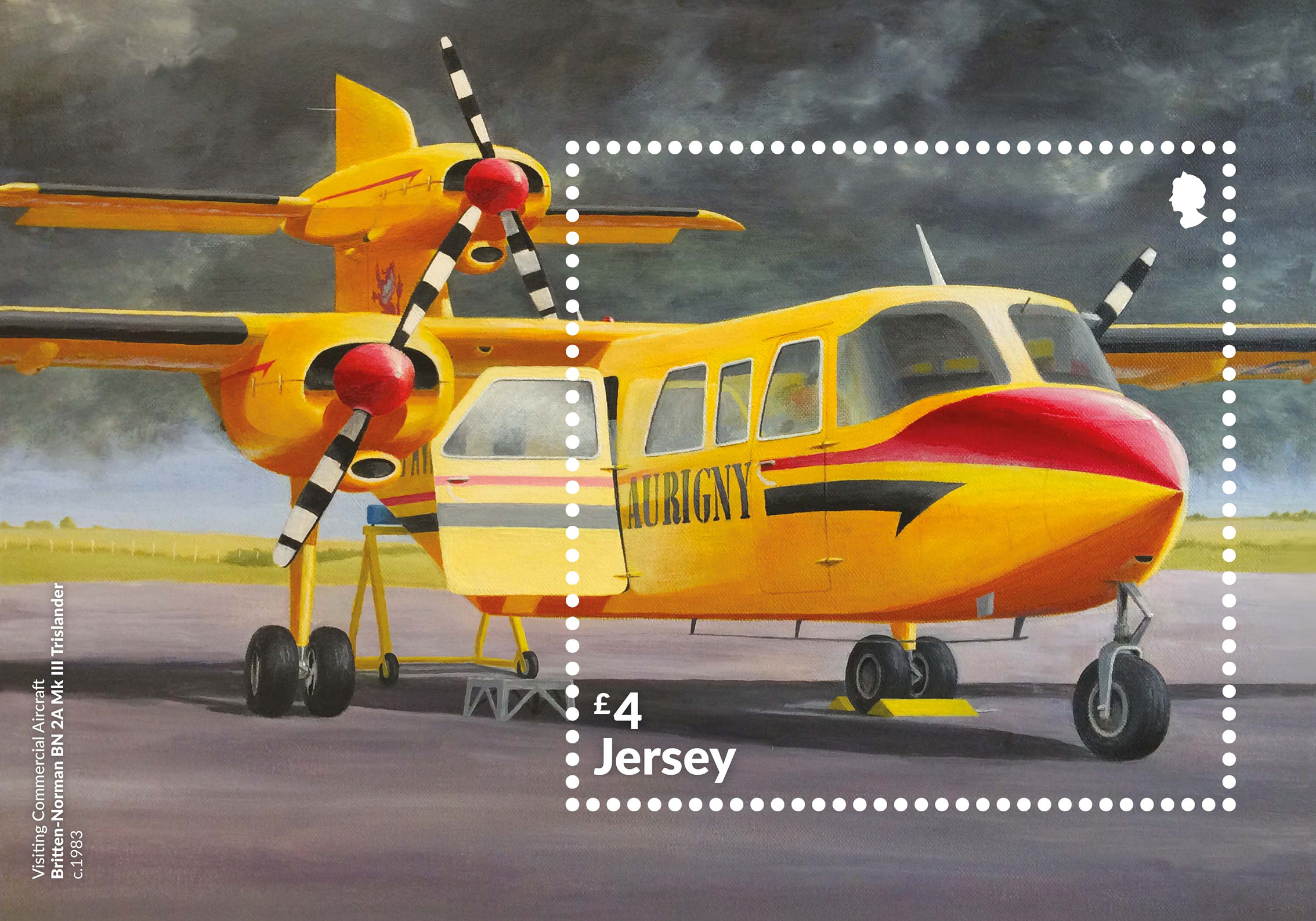 Artist Toby Dixon comments: ‘I lived in Jersey between 1998 and 2003 while working for Aurigny - my first job as a commercial pilot flying the Shorts 360 and Trislander. I took up oil painting and found civil aircraft subject to be a particular interest during that time. The Channel Islands has always been my favourite place, so combining this setting with aircraft and airlines that served the local area was the most pleasing project. The stamps show various aircraft that have carried passengers to and from Jersey over the decades and hopefully capture some of the excitement of arriving on the Island that I still feel to this day’.

Jersey Post’s Visiting Commercial Aircraft stamps will be available to buy from all branches of Jersey Post from 20 January 2022, whilst philatelic stamp products such as souvenir sheetlets, first day covers and presentation packs will be available from the Jersey post offices at Broad Street, St Helier and Rue Des Pres, St Saviour on issue day. All items can be ordered now at www.jerseystamps.com or by telephoning the Jersey Philatelic Bureau on: + 44 (0)1534 616717 or email: stamps@jerseypost.com 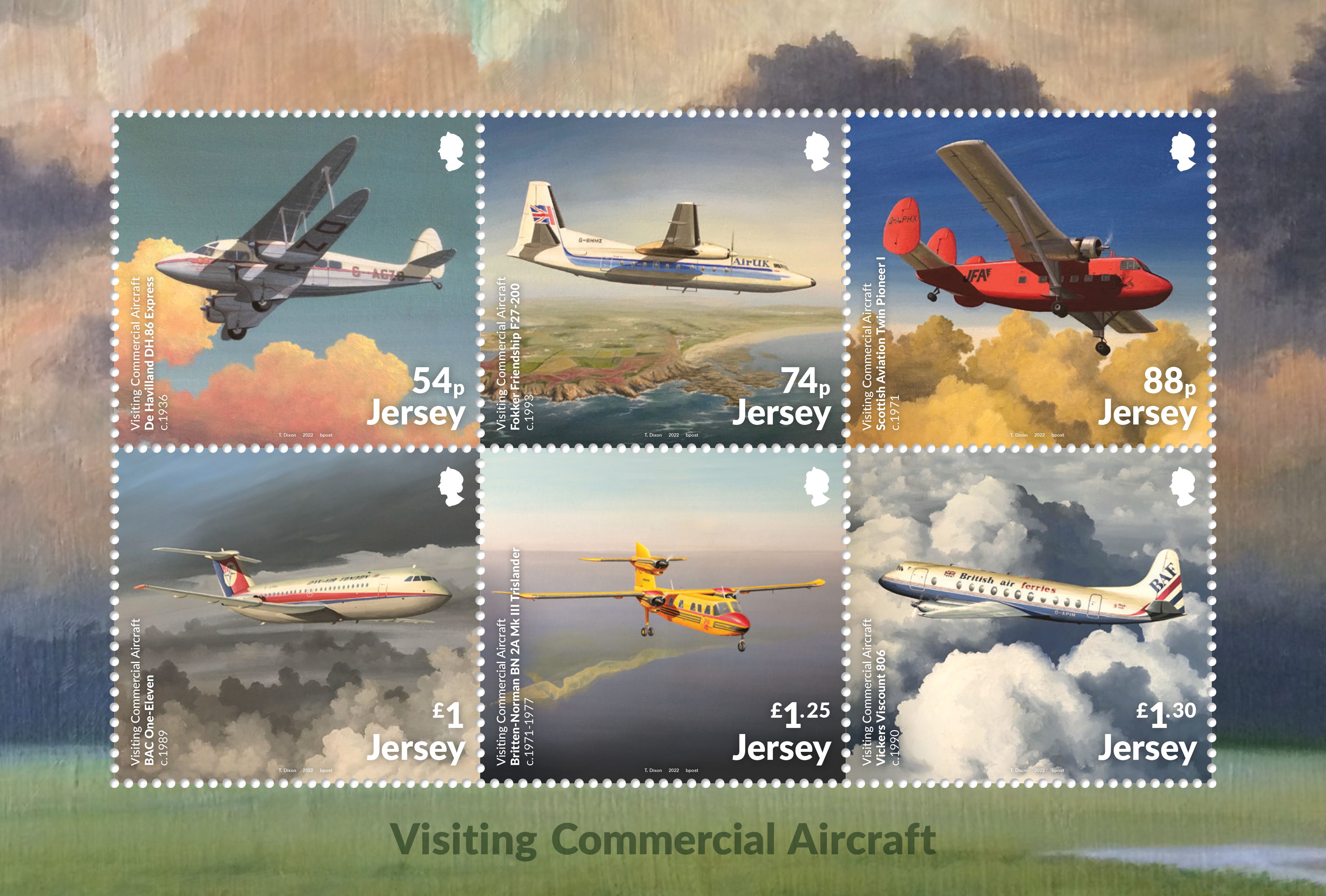